Welcome to Belvoir´s Castle new Grouse heaven in the moors of the Peak District and to some of the most luxury Red Grouse shooting in the UK.

Driven Red Grouse shooting is described as the pinnacle of all game shooting available in the United Kingdom and an absolutely “must do” for every enthusiastic bird shooter. Grouse is often seen as one of the most challenging birds to shoot due to it reaching speeds far in excess of any other game bird and it is extremely agile in the air.

The Red Grouse is a completely wild bird which is only found in the UK and not reared then released as are Pheasant and Partridge. The available numbers vary from year to year, often affected by weather conditions and other factors. Big amounts of Red Grouse are found only on Moors in the North of England or Scotland. Although Scotland is sometimes thought of as the home of Grouse shooting in the UK, the reality is that most of the shootable Grouse moors are found in the North of England. These run from the Peak District through to the Scottish Border.

Driven grouse is usually shot by 8-10 guns in the shooting line which are spaced approximately 50 yards apart and are hidden in butts or behind hurdles or stone walls. The grouse are driven towards the guns by a team of beaters and dogs, birds flying low and extremely fast, making for exciting, challenging shooting. It is very important for the gun to remain still and concealed for as long as possible as the birds are known to have extremely good eyesight and will avoid the guns wherever possible.

There is the opportunity to have walked up days of a mixed bag from end of October to end of January. Please ask for details.

Within minutes of leaving the thriving metropolis of Sheffield, the topography climbs dramatically towards the Dark Peak within the Peak District national park. The heather moorland has been carefully managed to support red grouse for nearly 200 years and one of the first families to do so were the Rutland family. The 7th Duke was an early pioneer of grouse shooting, developing one of the largest grouse moors in the area - Longshaw Lodge. The Rutland’s estate became one of the best grouse moors in England, peaking during the halcyon days of the late Victorian and Edwardian periods with a record annual ‘bag’ of 3,633 brace shot in 1893. Longshaw Lodge was sold by the 9th Duke of Rutland in 1927.

Now after a gap of nearly 90 years and three generations, the Duke of Rutland’s family is back on the moors in the Peak District. Ten miles north of Longshaw Lodge is Moscar Lodge on the family’s newly acquired 6,000-acre grouse moor – bought by the Duke and Duchess of Rutland and along with Phil Burtt. It includes the Moscar, Stanedge and Bamford beats and when Grouse are in abundance, it provides three separate days shooting.

Veiled within the undulating topography of the Peak District lies Moscar Lodge. We consider the Lodge to be every huntsman´s paradise, retaining period charm whilst providing modern amenities to rival any upmarket hotel. The Lodge sits within 6000 acres of stunning moorland, has 10 uniquely furnished bedrooms, house bar and luxury swimming pool.

When in season, our dedicated shoot team, can create some of the most stunning Grouse shoot days in the British Isles, ensuring each visit is a truly unique and memorable one.

Please come back to us for an detailed offer!! 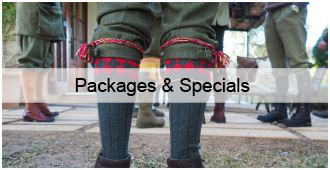 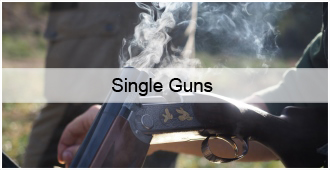 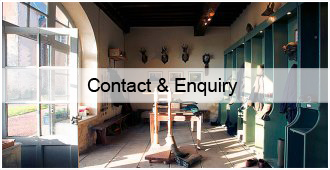